This year we picked Hanoi. Well, actually Hanoi was not even in our shortlist. Planned nak ke Taiwan, yg dah pun kami fully paid tapi terpaksa dibatalkan oleh agensi pelancungan kerana tak cukup org. Sebenarnya dah cukup but 4 had to pull out cause one of diaorg punya family member ada major surgery. So, we asked our travel agent to find other interesting destinations for our considerations. And we chose Hanoi. Additionally, since kos ke Hanoi lebih murah dari Taiwan, we decided instead of refunding us the money, we opted to upgrade to a personal tour package, upgrade our hotels, full muslim meals and cover some of the other expenses.

Photographically, I was like a kid in a candy shop :). Every which way I turned, there were always subjects worth capturing. So much, I was forced to be selective to ensure I won't run out of memory cards.. hehe...

And so here are the photos.

Hanoi, a busy busy city. Yet tak der traffic jam macam kat Malaysia. Selama 5 hari di sana going in and out of the city, not once were we stuck in a jam. I find that rather amazing. Each road users macam dah ader this general understanding about being considerate to others. Among others, mesti diaorg make way if you want to cross atau nak memotong kenderaan di depan. One glance macam diaorg ni dah violate undang2 jalan raya. Aku siap geleng2 kepala. But then by the 2nd or 3rd day, I get it. It's the norm there. And it's nothing to scoff at, really.

One morning after breakfast I went for a morning walk. Our itinerary that morning starts at 9:00 am and thus I had about 2 hours to kill. With camera in hand, I walked to the market from our hotel. Saw 2 old friends walking together after a bit of shopping at the market [such a precious moment I had captured, in my humble opinion la], a man lounging on his motorbike picking at his teeth apparently after just had his breakfast, an auntie walking membawa barangan yg dibeli di pasar with covered nose [a bit berasap kat situ actually tapi tak la dusty sgt macam kat KL] and with cute hat yg berlobang2 and finally a Vietnam lady in her traditional frock complete with that tudung saji like hat/head gear.

Another set of everyday people shots. I just love love love capturing the inhabitants of the places I visited. To me it just 'tells' so much about the place. Sure, historical sites/building with their endless info bersejarah do get me excited. But not as excited as its people. I just find a peddler that much more interesting than a thousand year old building. Go figure, hahaha :D

Here's a lady who just mounted her bicycles lepas beli barang kat kedai, a couple of shots of workers at a construction area [yes, I photograph everything!! Well, almost everything.. hehe], a few teenagers dok mengorat a girl riding her bike [anywhere in the world, diaorg ni sama jek... hehe] and a guy lepaking at his motorbike tunggu apa aku tak tau.

Basikal juga ader. Not so much in the city. More in the outskirts. I just love these 3 photos. Love em' :)

And these next 2 sets of photos [that I filed under 'Other modes of transportations'] pulak show how creative the people of Vietnam is.

If you asked me what would be my favourite photography subject masa kat sana, ni la subjeknya :)... peddlers. I shot hundreds actually....

Orang sana paling suka makan kat tepi2 jalan. Lots of sajian noodles and bread among other food stuff. The one in the middle left tu, that lady tengah siang ayam. Right there kat tepi jalan tu. I admit I could not be more delighted. Weird I know... hahaha :D. Such an interesting subject matter la... ;)

So ok, practically everyone there has a mobile phone. And they use that telecommunication device anytime anywhere. Ni masa tgh ride motorcycles.

Saw an accident masa on the way to Halong Bay. Massive jam kat kawasan luar bandar tu. Fortunately were were in a car [which, by the way disediakan for all the travels plus a personal driver and tour guide]. The driver was so skilled that our journey's time wasn't that much extended. So kami pun sampai le ke destination kami awal [which is great cause managed to avoid the mobs of pelancung lain] dari tourists yg lain kerana mereka dah tersekat kat dalam jam tu.

Apart from the private car, we also had this boat all to ourself. I was shocked too. As we were leaving the dock, I asked out tour guide where are the other passangers. He said there will be no one else, just us. Wife and I looked at each other. I asked my wife, how much exactly was this so called 'personal tour' package? She said it was affordable without causing any dent in our bank account. Alhamdulillah.

And off we went to Halong Bay in our 'own' boat [which btw can accommodate 48 passengers]. The ride was so peaceful, calming and exciting. I spent most of the time on the boat on the top deck [below photo] and I think I may had used up about a quarter of my 4 GB memory card just during this boat ride.... hehe :)

Chaotic, right? But they have a workable 'parking' system, it's just amazing.

And to be greeted with such a view made it all worth it.

Noticed how they peddle? Hehe....

Yes, all of those animals were meant to be served as a dish. And yes, the dogs too.

No photograph may be reproduced, downloaded, copied, stored, manipulated, or used whole or in part of a derivative work, without written permission from Syed Amran. All rights reserved.
Posted by Syed at 9:31 AM 2 comments: 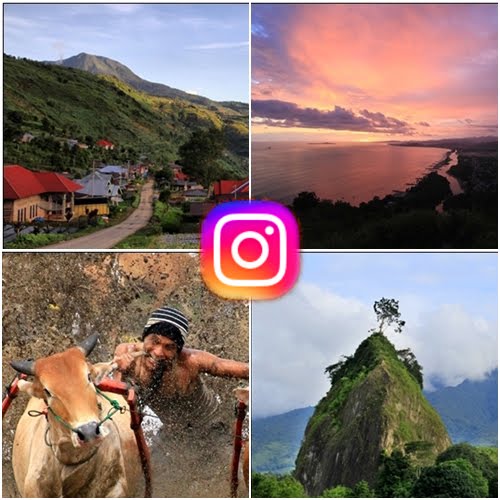